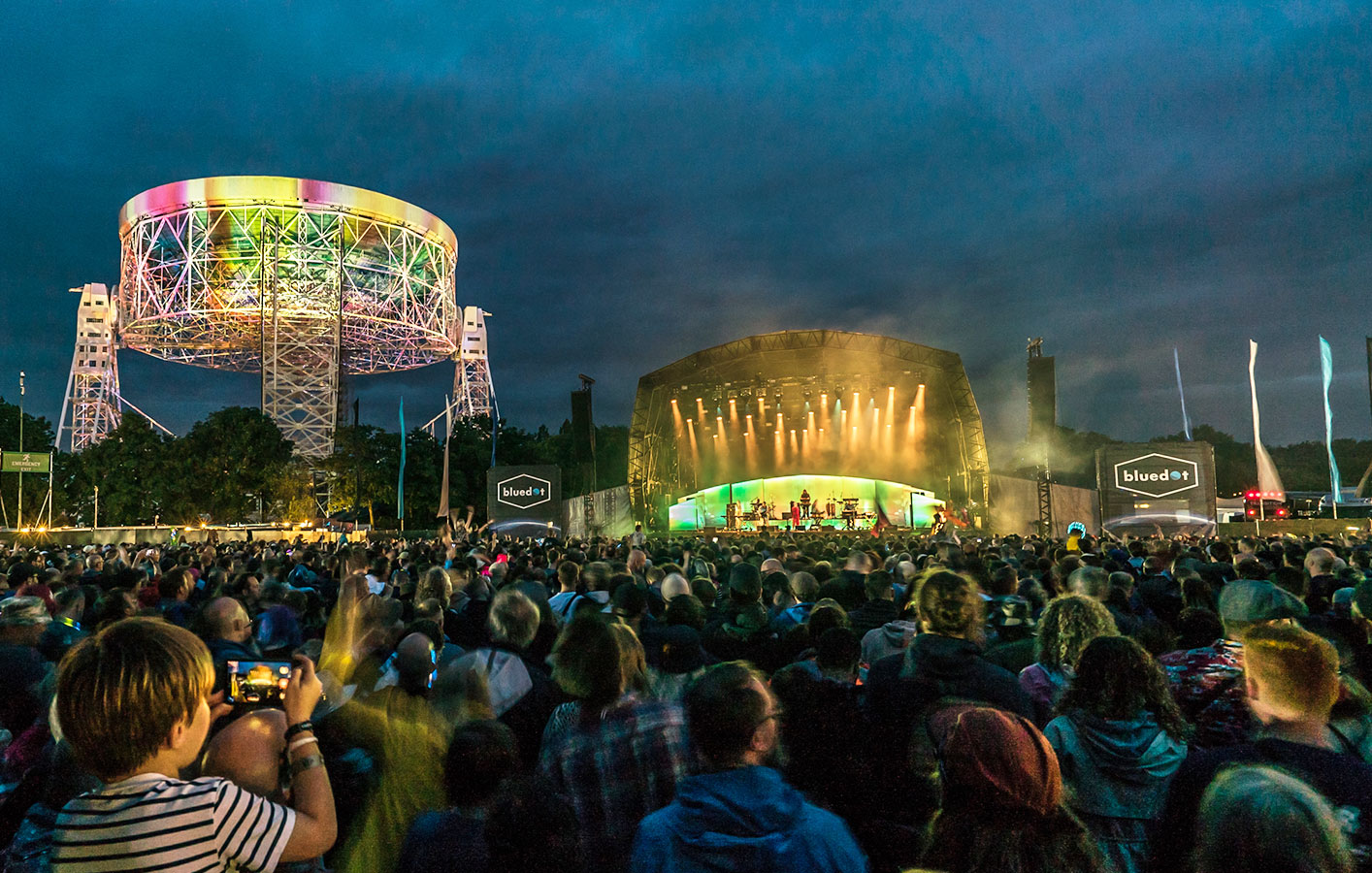 Now in its fourth year, science, culture and music event Bluedot Festival celebrated the 50th Anniversary of the Moon landing with extraordinary projections on the Lovell Telescope. Bluman Associates collaborated with Illuminos and Jodrell Bank’s Tim O’Brien to create a series of unique visual experiences for the festival audience.

Commissioned by Festival Promoter ‘From the Fields’, Illuminos created Luna Loops; a two-hour visual narrative designed using some of the 19,000 hours of audio ‘loops’ created between mission control and the lunar module, fused with signals and recordings generated by the Lovell Telescope as it tracked the moon landings.

Luna Loops was a feature event on all nights of the three-day festival. Bluman Associates' role was to manage all aspects of the projection including the projection design and technical production. This was one of the first outings of the new disguise gx 2c media servers which were driving the show. 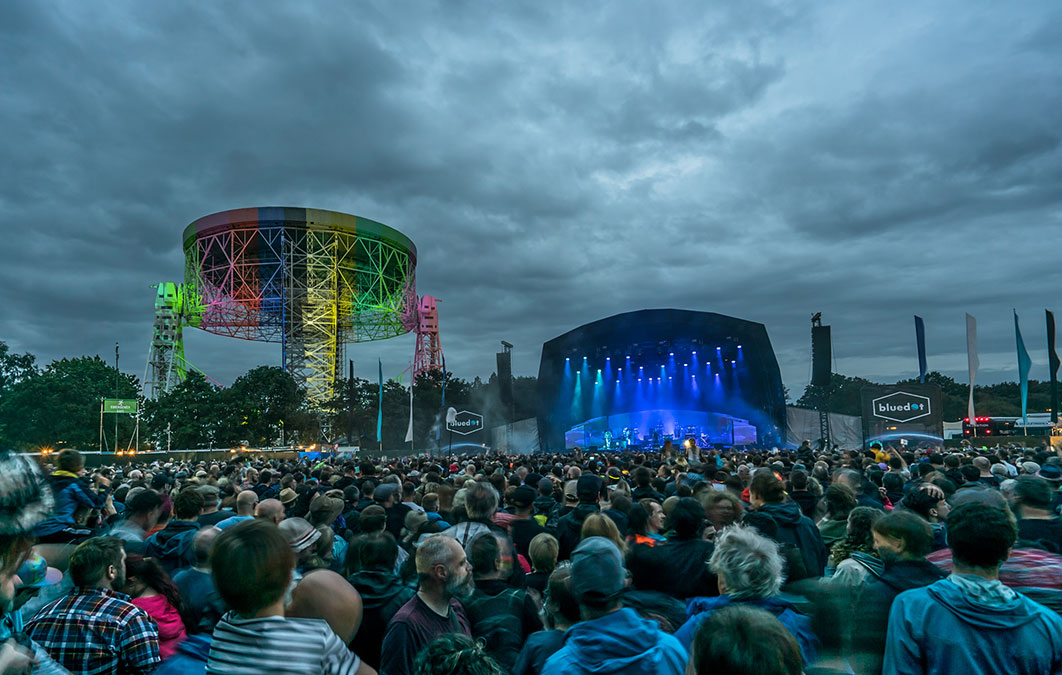 Working with Tim O’Brien and Illuminos, the team created custom looks for the telescope for The Moonbounce. This activation encouraged the audience to phone in ‘messages’ to be sent to the moon via the Dwingeloo Telescope in the Netherlands. Noisebox Productions who managed sound for the show, gave the team access to a radio link, which was the send and return. The echo was used as a signal, inputted into real time generative software Notch to influence the projections on the telescope, by creating a Notch audio reactive project. The audio input signal was a mixture of live and pre-recorded signals, all of which created a unique visual reaction which was visible on the telescope.

"It was an exciting year for us at Bluedot Festival, with the new disguise gx 2c servers - we had lot more power available to create more interesting visuals. We had more confidence in being able to deliver high quality, more dynamic visuals due to the increased capabilities of the disguise gx 2c’s. We were really happy with the result." 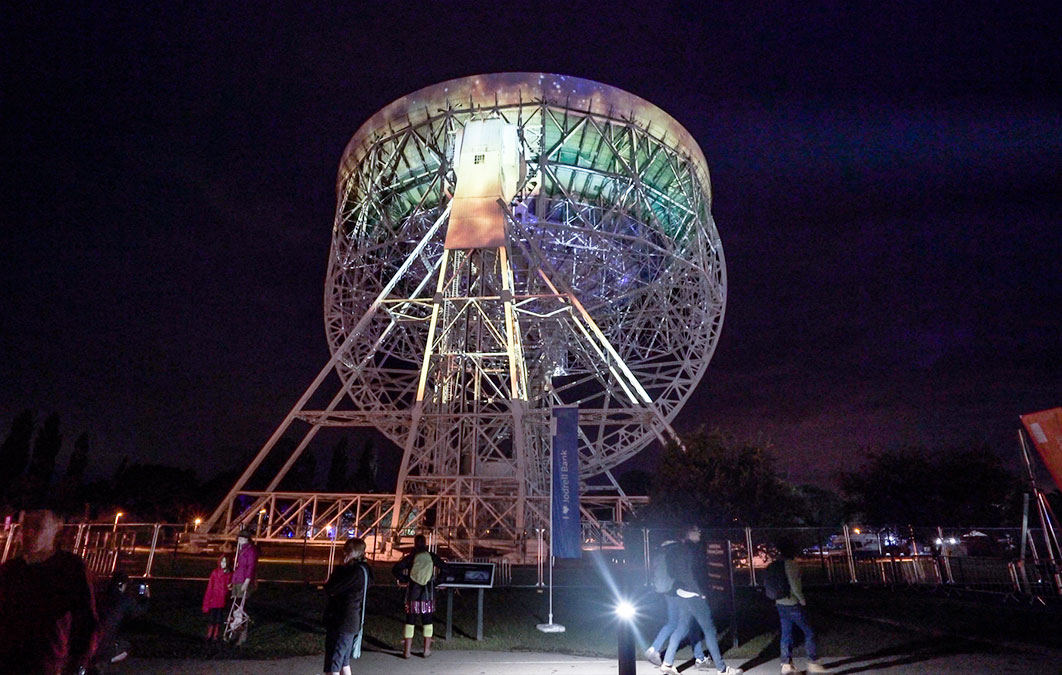 Headline artists Kraftwerk and Hot Chip also relied on the teams understanding of generative content to create visuals for the telescope projected during their headline shows.

For Kraftwerk, the team utilised the disguise real time capabilities to achieve RGB control of five individual quadrants of the telescope via artnet, which allowed the lighting designer to dynamically control the projections throughout their show.

To achieve the aesthetic for Hot Chip, the team referenced their new artwork ‘Bathtub full of Ecstasy’ and were able to translate the artwork to a real-time generative look. 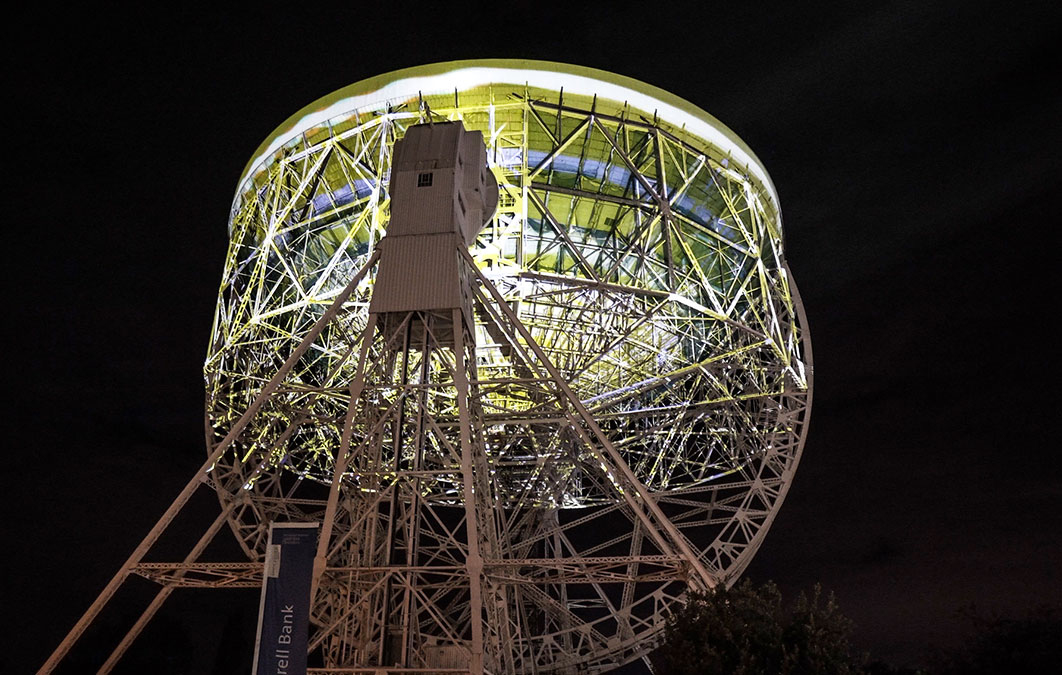