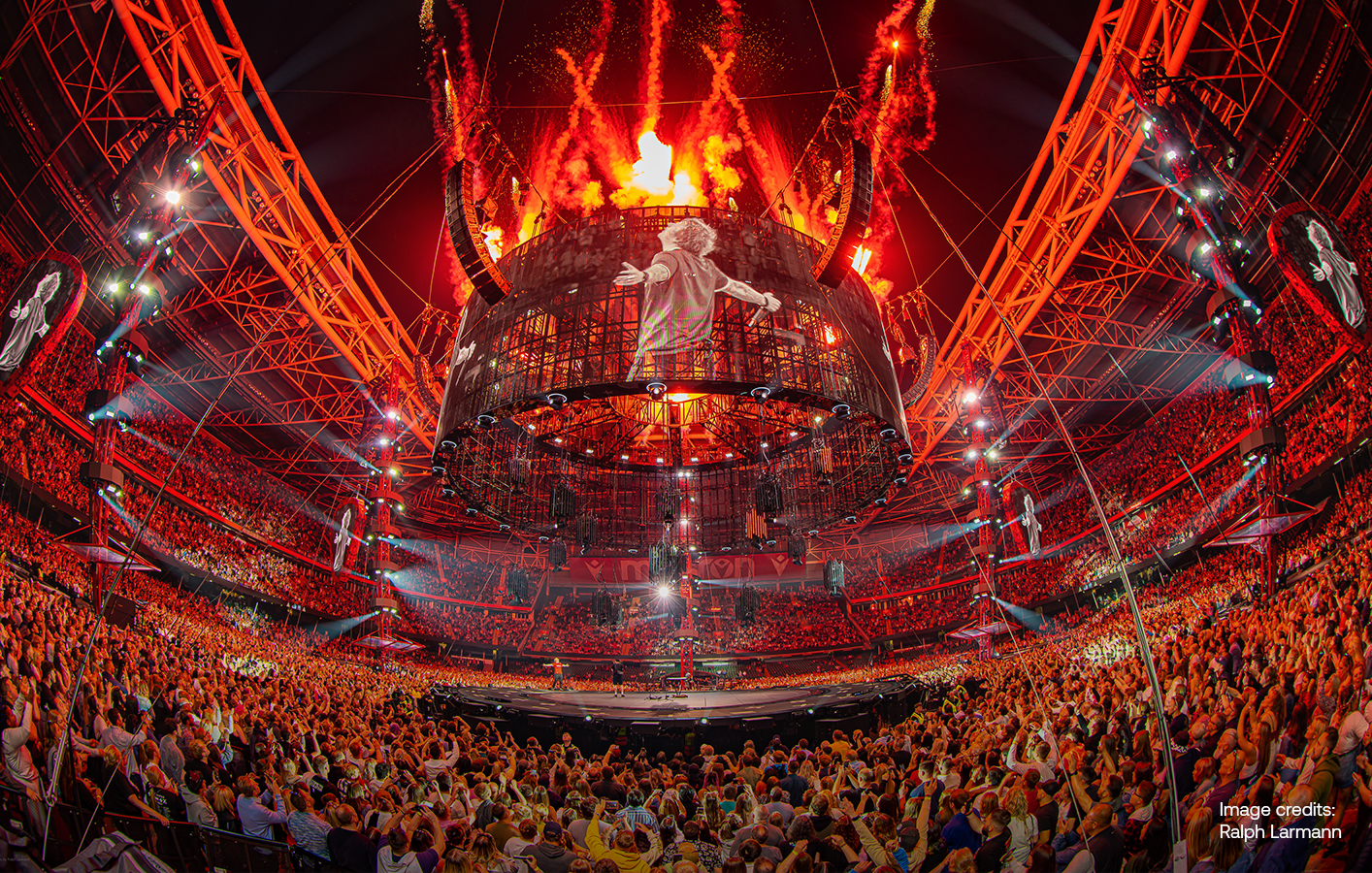 Ed Sheeran has embarked on his “Mathematics World Tour 2022”, the singer-songwriter’s first in-the-round stadium show, being simultaneously massive in scale as well as up-close-and-personal for fans. In this case study, you will see how disguise’s gx 2c media server helps deliver dynamic Notch video content across the show’s innovative visual canvas.

Summary
Sheeran’s “Mathematics World Tour” is playing 74 stadium dates from March 2022 in London through to March 2023 in Perth, Australia in support of his latest studio album, “=” (Equals).  After encouraging Sheeran to perform in the round since 2015, Production Designer Mark Cunniffe was able to deliver an innovative stage design featuring an extensive array of Notch video content allowing everyone in-the-round to get close to Sheeran’s solo performance.

Cunniffe created a cable net system to support the in-the-round show, a costly and complex engineering approach seldom used in the touring world. After making sure the logistics and the business model worked, Cunniffe used VR to show the promoters how the show would look. Much to promoters’ and audiences' delight, the innovative stage design had no sightline issues and no seat kills.

Cunniffe’s goal was to make Sheeran, a solo performer with a guitar, accessible to a stadium audience. Performing in the round achieved that, but fans can still be quite a distance from the stage. To combat this, Cunniffe relies on extensive use of IMAG content to help bridge that gap with Notch content driven by a disguise gx 2c media server. Using both Notch and disguise media servers on past Sheeran tours, Cunniffe was confident that they could help him deliver his vision.

The challenge
Cunniffe designed the show around a massive 360º halo video display board that moves up and down above a revolving central stage. Six double-sided IMAG screens, shaped like guitar picks, are suspended from masts encircling the stage to give everyone in the audience a chance to see Sheeran close up. Twotrucks Productions and Evoke Studios designed the bold graphical content, which includes Notch effects that influence the IMAG itself.

Cunniffe’s biggest challenge was networking and distributing the show’s large amount of video on the processors. Latency is always a critical issue, but using the disguise gx 2c on both Sheeran’s “Divide” tour and the current “Mathematics” tour resolves this. 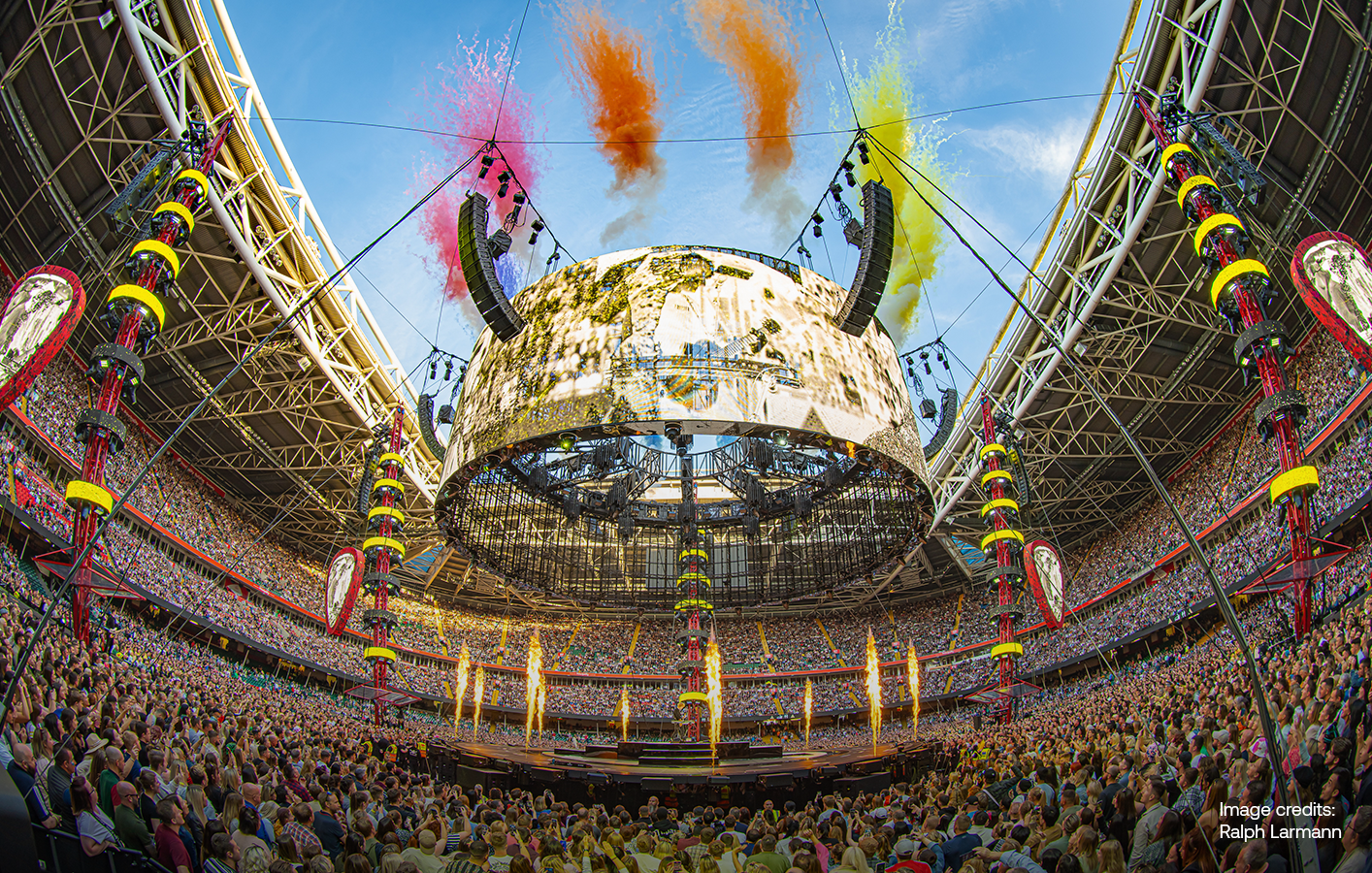 The solution
Prior experience with disguise media servers led Cunniffe to select the gx 2c for the tour. The gx 2c’s seven 4K outputs with backups are required to reliably push a massive amount of pixels.

Thanks to disguise’s r21 software update, Cunniffe has also seen a marked appreciation in processing and frame drop. The background removal tool also works very well for certain tracks, and the AR performance of the RTX graphics cards gets the job done.

Cunniffe also made use of disguise’s premium support solution, with benefits including warranties and worldwide server cover, which ensured that whatever the circumstance, the team had the necessary equipment to deliver their project on time and with confidence, anywhere in the world.

After initially being unsure how Sheeran would cope with the staging requirements for an in-the-round show, Cunniffe reports that the artist nailed his performance in rehearsals. The first live show proved that the staging worked for the audience too with fans able to see the dynamic content from every seat in the house. For Cunniffe, it felt as if the weight of the world was lifted from his shoulders. With this, a global must-see show was born.

I have been using disguise media servers for over 10 years and have a strong relationship with disguise. For me, the most important thing is the support. If a tour is going to play 30 countries and 200 shows, you need it to work and you need the support. That’s why we opted for the premium support package from disguise, which has been a huge help and made me support disguise products as much as I have over the past decade." 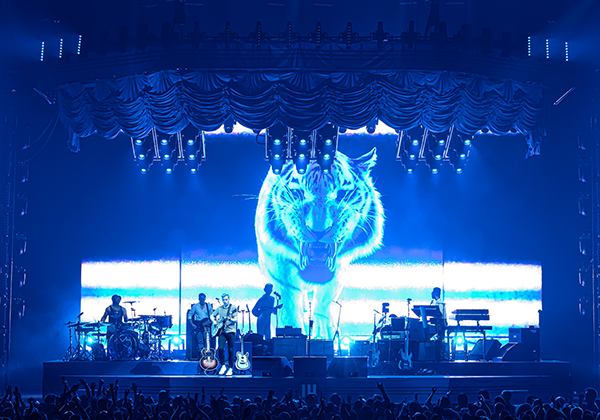 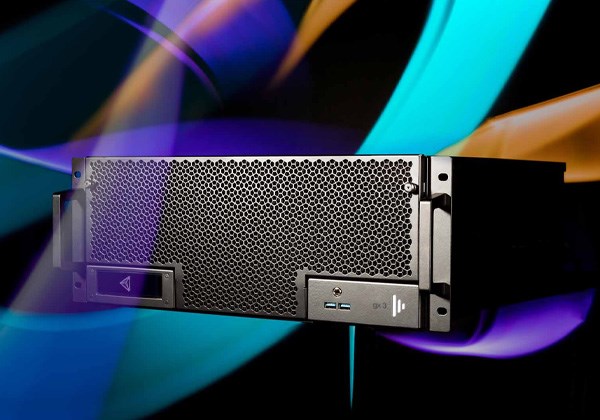 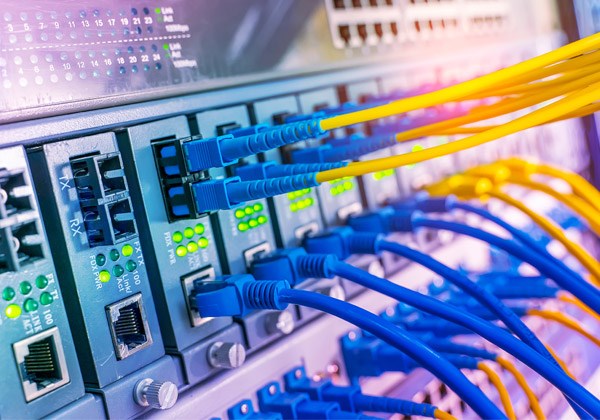