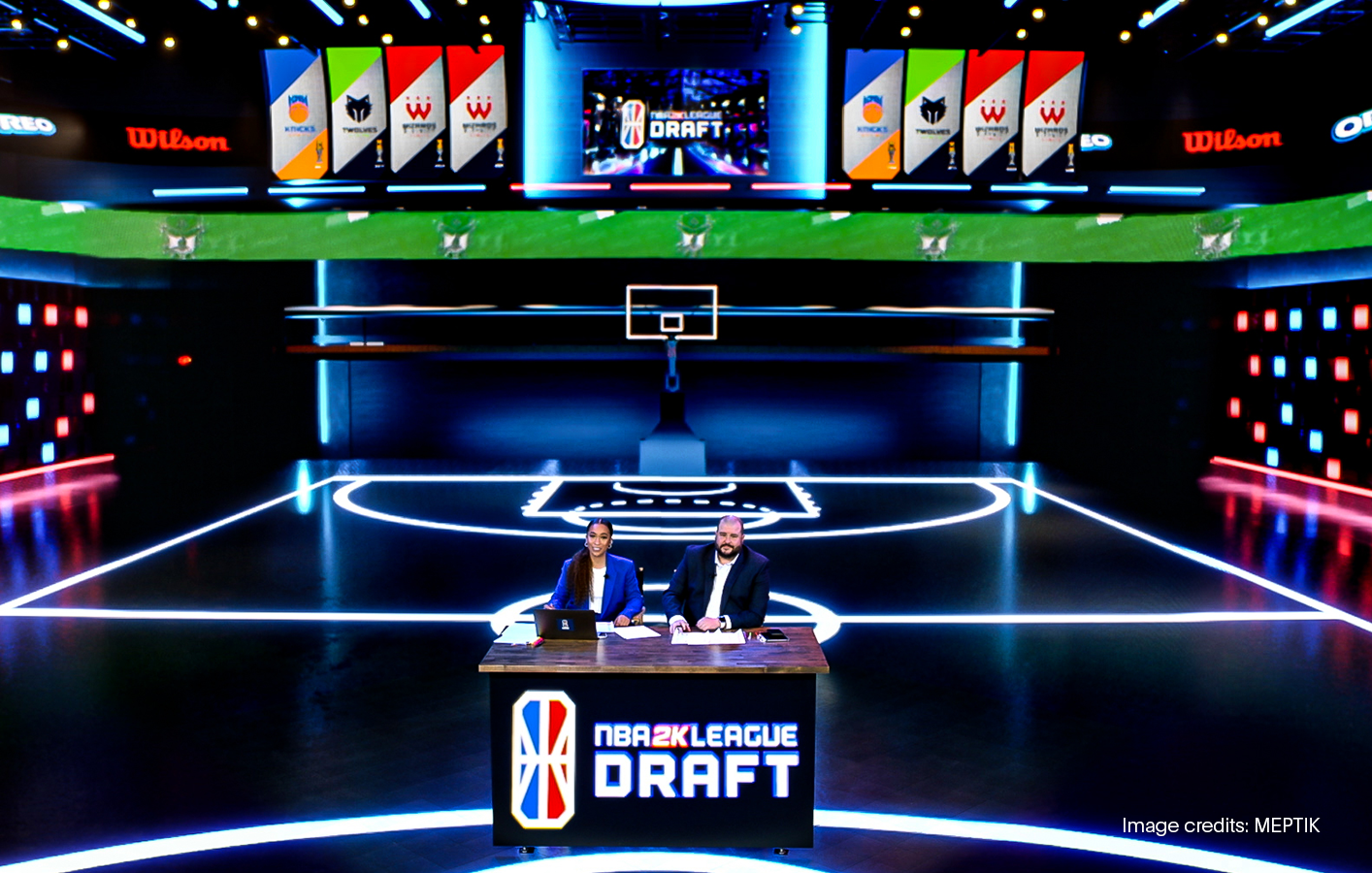 Atlanta-based virtual production company MEPTIK, who recently joined disguise, used OPTIK Studios to deliver an extended reality broadcast for the fifth annual NBA 2K League Draft. In this case study, learn how MEPTIK employed the disguise xR solution to create the dynamic setting for the esports event, which was live-streamed on the NBA 2K League’s Twitch and YouTube channels.

The NBA 2K League, a joint venture between the NBA and Take-Two Interactive, is the first official esports league operated by a US professional sports league. Launched in 2018, it currently features 24 teams, most of them affiliated with NBA teams, and the best NBA 2K players in the world. The League’s fourth season (2021) culminated with the first in-person playoffs and finals since the pandemic began. The draft for the subsequent 2022 season was held virtually on February 26 and live-streamed to fans worldwide.

MEPTIK were tasked with live-streaming the main sportscasters using OPTIK Studios into a dynamic, fully virtual Unreal Engine environment whose immersive set surrounded the talent with virtual graphics including changing big boards, a ticker, team graphics and a basketball court-style floor. The entire event was produced remotely using both xR and remote workflows.

MEPTIK doubled the cluster pool of the inner frustum to allow the disguise RenderStream bi-directional infrastructure to pass the remote texture parameter at a stable frames-per-second rate. The modularity of RenderStream enabled MEPTIK to easily add an extra rx II render node to the cluster and split the workload of the real-time Unreal scene among multiple servers - thus rendering content that was of high resolution without encountering latency issues.

Learn more about RenderStream by reading our buyer’s guide

Working with disguise was fantastic, as always. disguise provided ease of scalability and an amazing set extension feature, which transformed the studio set into a large, immersive space.”