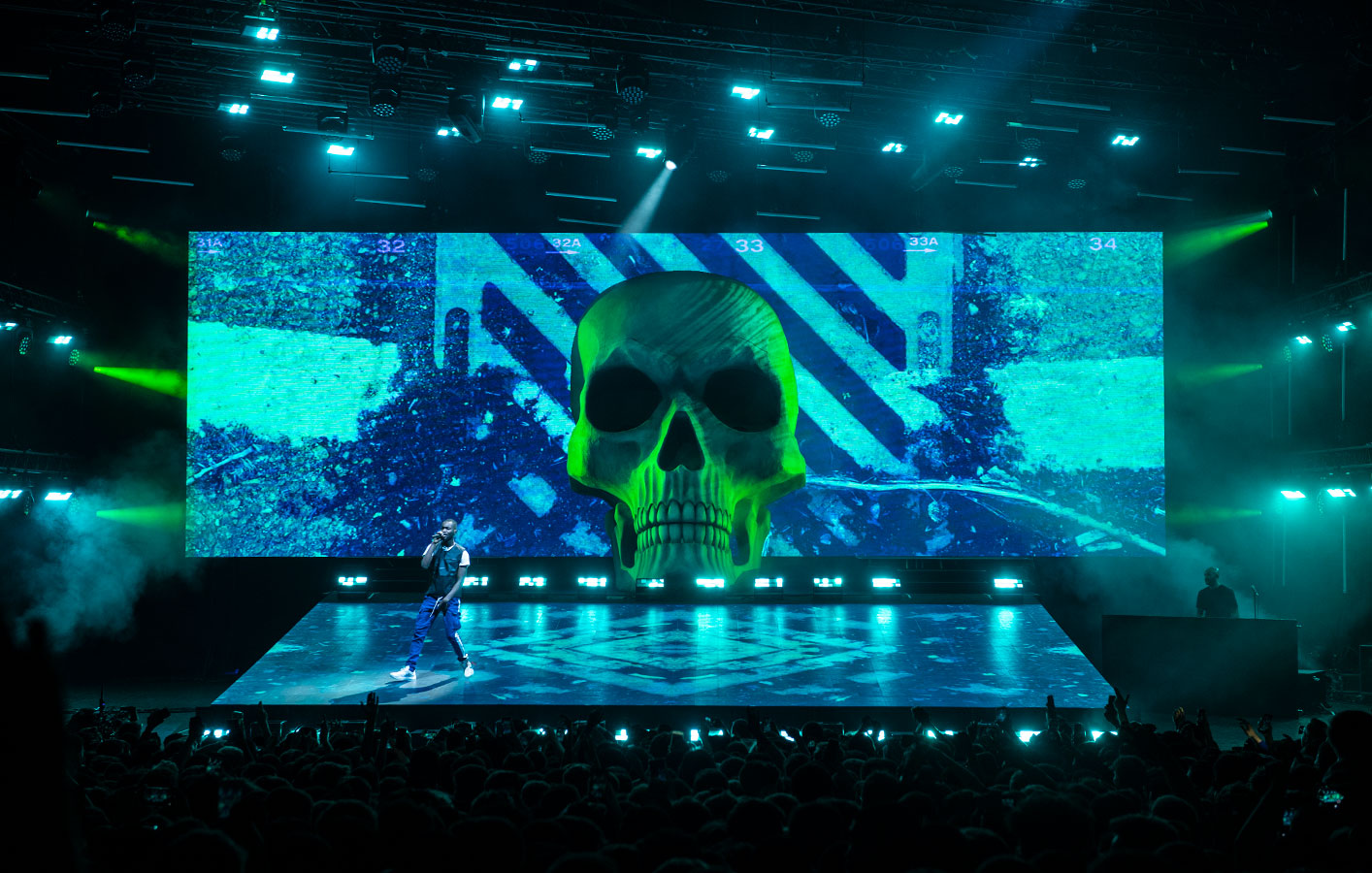 Dave, the young English rapper, singer/songwriter and record producer, has begun his ‘Psychodrama’ World tour in support of his eponymous debut album released earlier this year. The show features a disguise solo media server driving dynamic video content by TAWBOX on the stage.

Dave’s ‘Psychodrama’ album reached number one on the UK Albums Chart and is one of the highest rated hip-hop albums on Metacritic. He will play tour dates in Australia, Europe and North America into Autumn. 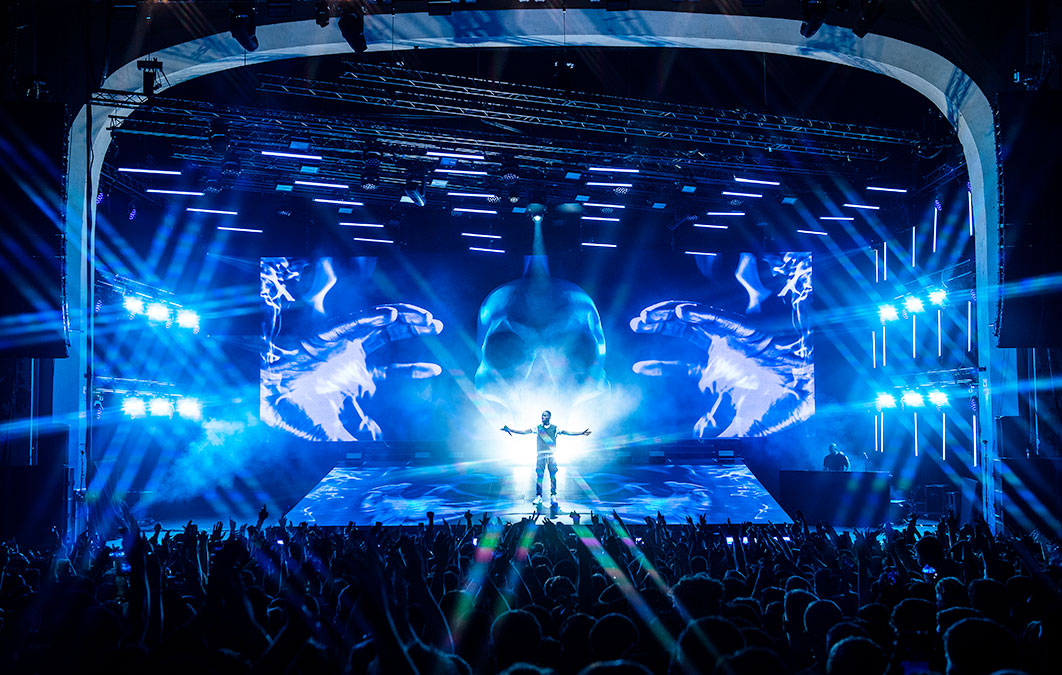 London-based creative studio TAWBOX and its founders Bronski and Amber Rimell worked with the artist to design the show concept, which has a giant skull as its centerpiece. “Dave is an incredible talent, a mastermind of his generation,” says Bronski. “The idea of a massive skull replicating what was left from the burning head pictured on the album cover felt great to Dave, who loves a set piece.”

“We wanted to surround the skull with video. There were a few asymmetrical looks at first, but we settled on a raked LED floor and a wide US screen. We also worked closely with Tim Routledge on designing the lighting as it was imperative to us to have an element of ‘psychodrama’ in the rig. We kept that asymmetrical from the early designs to really add dynamics.”

TAWBOX considered disguise to be “a given” as the platform to drive the show’s content. “We don’t know anything else,” says Bronski.

“disguise helps from the start of every project. We set up all content with multiple layers. We use alpha, blend modes and resizing in almost everything giving us huge flexibility on site. We also used Notch for a few looks, especially for last-minute additions with special guests.”

He notes that, “projection mapping tears on the skull was a breeze with disguise. The skull was hand-made and not 100 percent accurate to any 3D model, but Ray Gwilliams, our disguise programmer, breezed through getting it to line up, and it looks stunning!”

The show’s success was immediate. “It went down an absolute storm; the whole scene was raving about it,” Bronski says. “I think we really presented Dave as an artist who’s ready to take the next step.”

TAWBOX had previously used its disguise solo media servers on shows for Stormzy and Rita Ora, as well as using the disguise 4x4pro for Stormzy’s recent Glastonbury 2019 headline set. 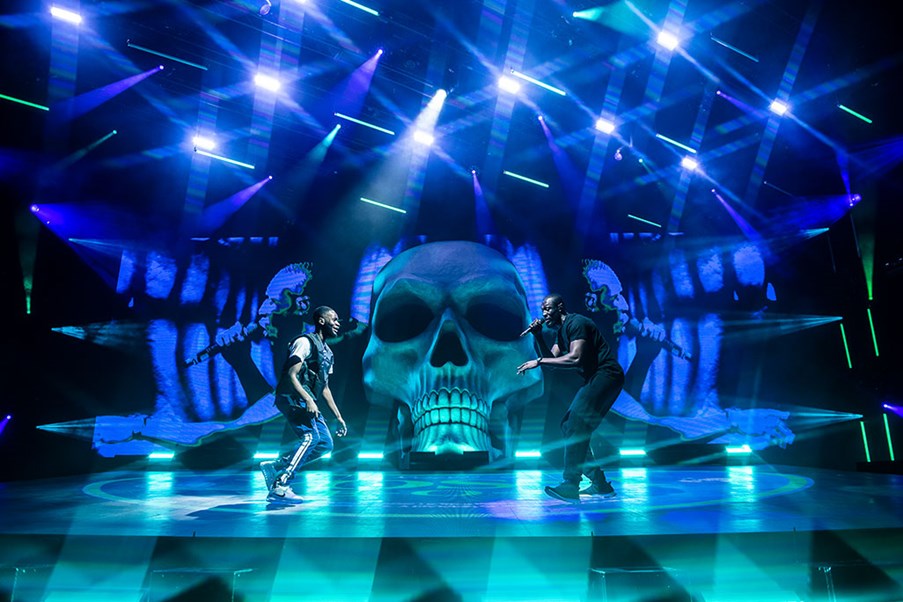 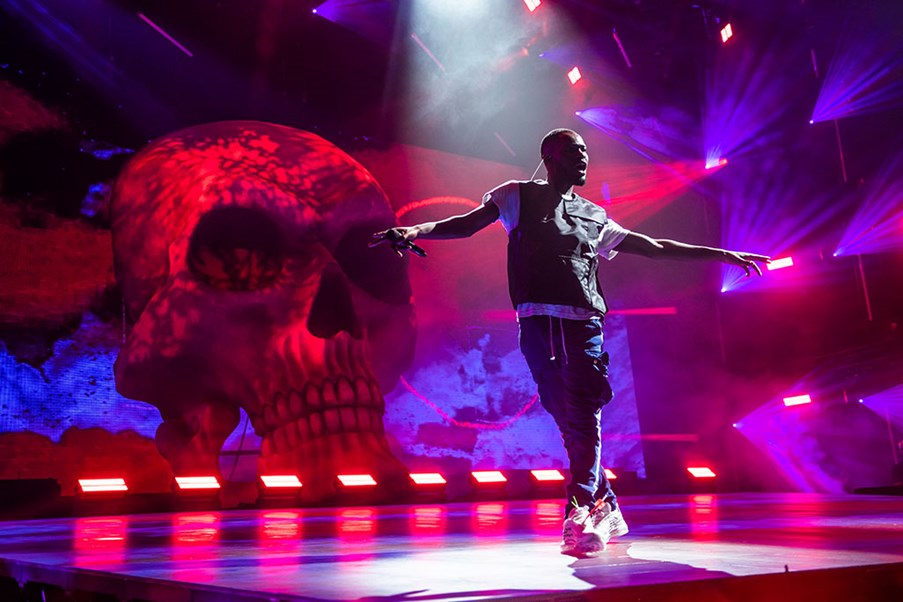 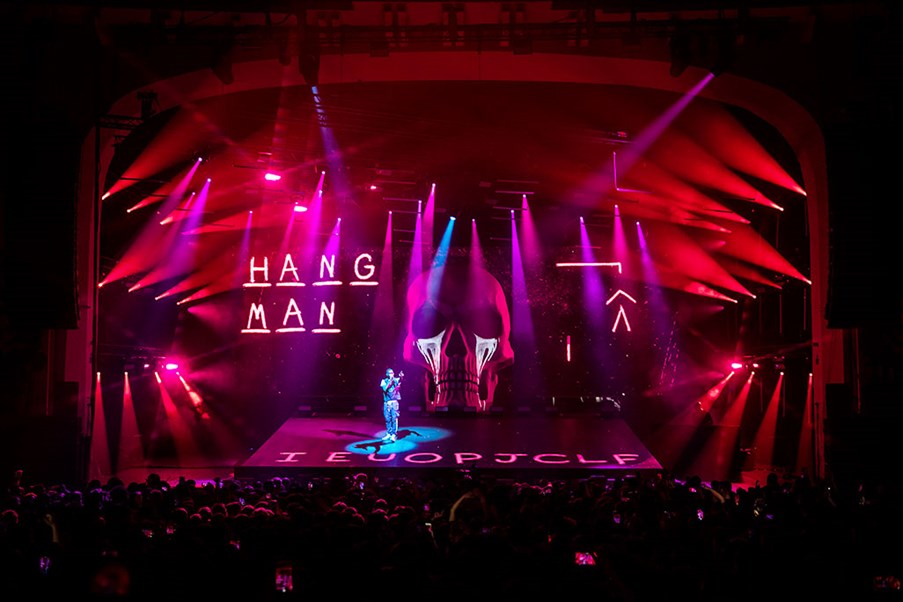 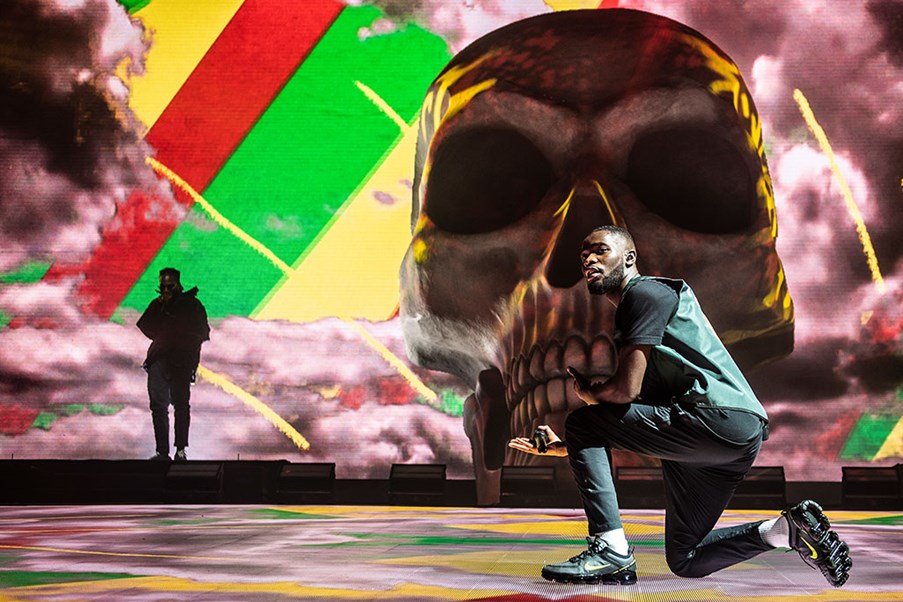 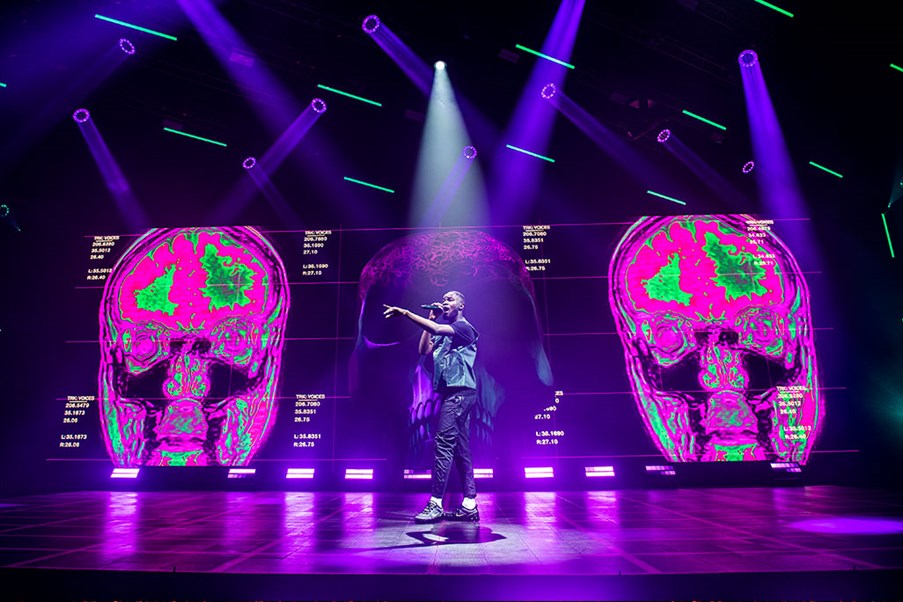 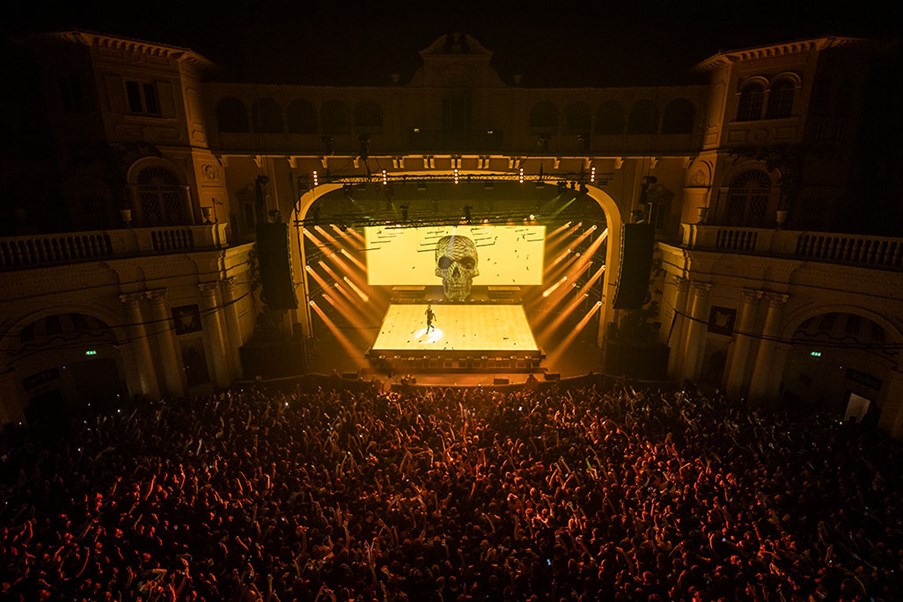