Singer-songwriter Halsey kicked off the North American leg of her ‘Hopeless Fountain Kingdom' world tour, which supports her second album. All of it Now, LLC specified two gx 2 media servers to operate the tightly integrated video timeline, essential to the narrative of the show. 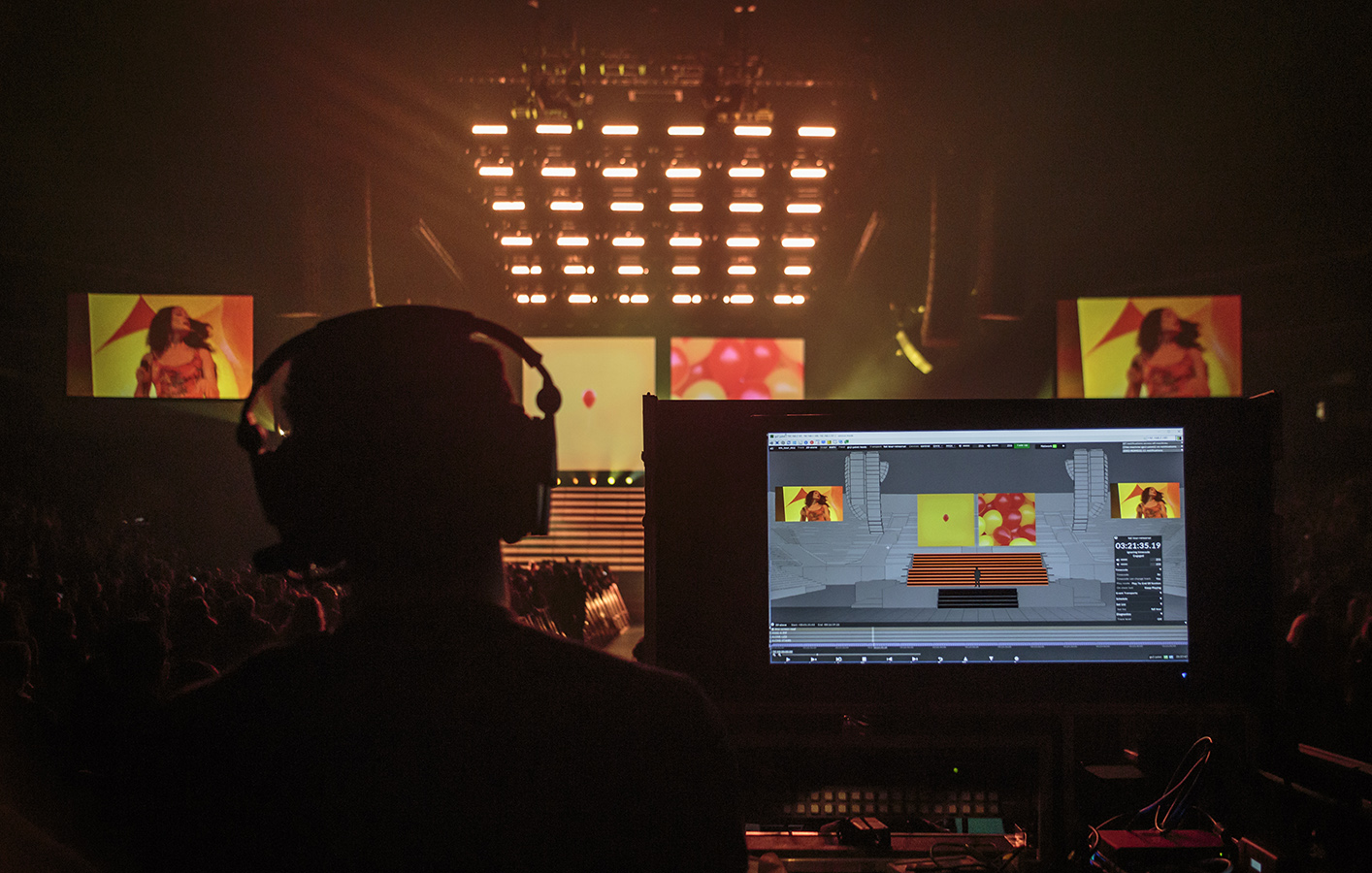 With support from special guests, Party Next Door and Charli XCX, the show is centered around a three-level LED staircase, formed of Daktronics 10mm LED.

disguise was chosen for this project for several reasons,” says Video Director/Programmer Danny Firpo from All of it Now, who looked after the entire disguise workflow for the tour. “The ability to navigate in the Designer 3D previs environment allowed for successful collaboration with the lighting and video departments. Notch block support was also an important factor, as disguise still has the best Notch support we’ve experienced."

Notch was also used to create affected IMAG moments in the set. “For ‘Hurricane’, we use a Notch look where lightning emits from the performer,” says Danny. “On the wide shots, it looks like lightning is pouring out of the screen and from out of the lights. It blends the content and IMAG worlds together in a way that wouldn’t have been possible with any other media server.”

The powerful Notch-disguise combination has also enabled audience participation throughout the tour - VIP ticket holders are encouraged to vote before the show, to determine a special performance of their favourite song. Danny states “Having experienced Notch developer Berto Mora (from All of it Now) on-site during rehearsals was an absolute game-changer. The ability to generate responsive content at such a high rate was essential when adapting set and lighting changes into an already dynamic set list. The content is responsive to its audience for each show.”

Berto creates blocks for dedicated content and IMAG, and can then make changes to them. disguise’s Sock Puppet is used to program and integrate Notch blocks with the lighting designs. Low-latency camera capture is also essential to run the IMAG feed through disguise, and seamlessly switch between Notch IMAG and standard IMAG.

disguise's lighting integration capabilities were another key factor in the gx range being chosen for the tour. “We have the ability to capture 40+ universes of sACN and convert that into video data, which is fed into the video panels inserted into the stairs,” Danny explains. “This allowed the LX team to program lighting effects on the stairs, that corresponds directly to the real-world lighting effects happening overhead - unifying the lighting and video system into a cohesive instrument for programming.”

Previs in disguise enabled last-minute changes to the video layout. “The previs allowed us to intelligently analyse the screen placement. We were able to determine that the speakers were going to block the IMAG screens. We repositioned them in the stage plot before they were rigged, Danny points out, “this saved a lot of time and effort.”

In addition, “using disguise's editor system was crucial in building the project file well before we loaded in for rehearsals. Being able to test every element of the system a full week before rehearsals meant that more time could be spent on the creative elements.” 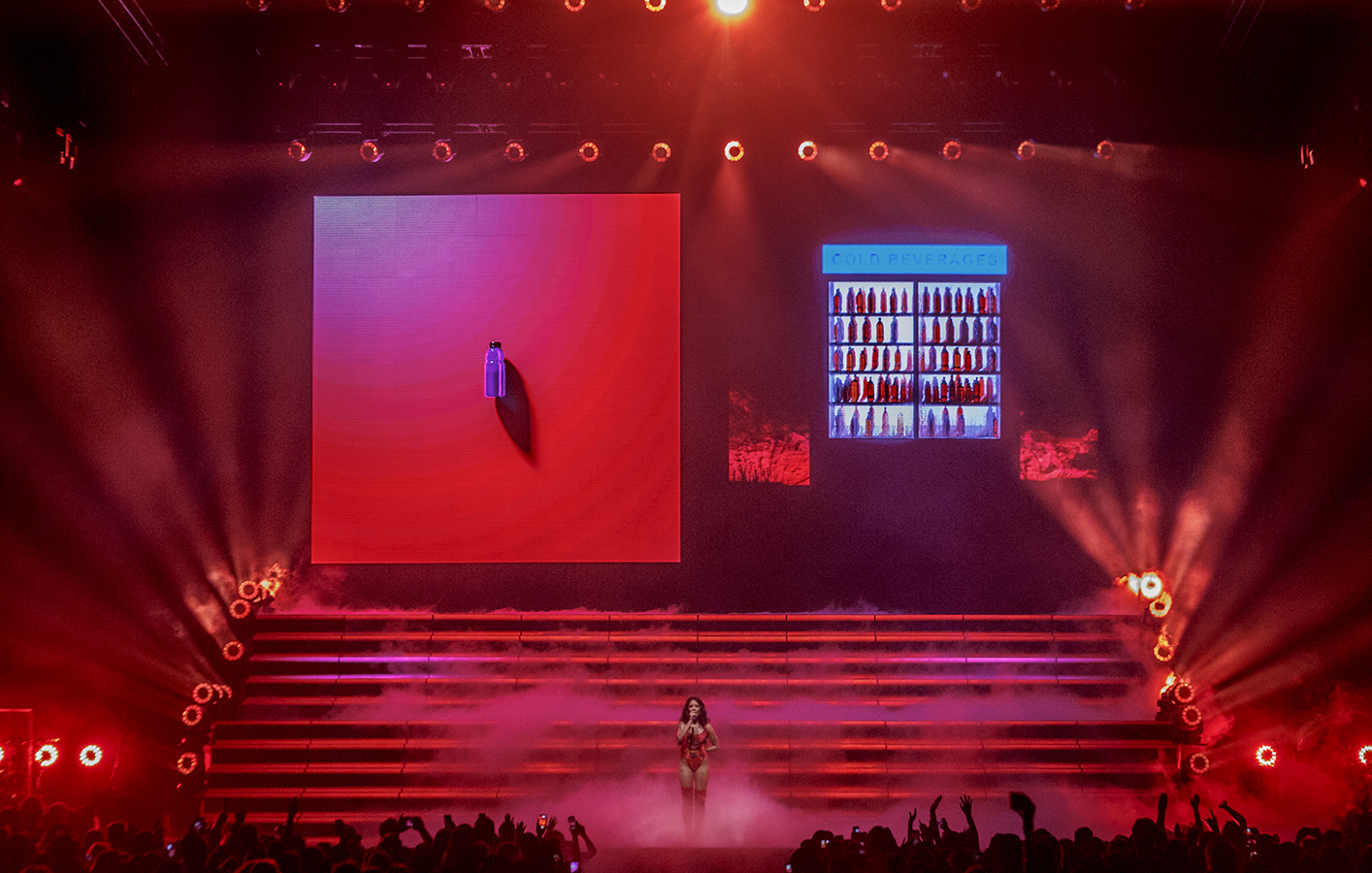 Danny found the disguise support “phenomenal” in helping the team overcome any technical hurdles quickly. The system “has performed exceptionally so far,” he adds. “Notch playback has been extremely smooth, and the show has been running perfectly since it left rehearsals. The set list system built within disguises' content programming, accommodated a dynamic set list that changes with the audience’s preference each night.”

All of it Now