For a high profile documentary series on the universe hosted by one of Korea’s leading actresses, the country’s educational public broadcaster EBS chose disguise’s Extended Reality (xR) platform so they could create a virtual set that would best showcase the intergalactic elements of the show. In this case study you will learn how EBS teamed up with BasicTech to use two disguise rx render nodes and one vx 4 media server in their xR-enabled studio, and expand the scope of their production to the very edges of the universe.

EBS’s The Home would be a short-form documentary series that explored various concepts informing the way the universe works. Their first episode saw the biggest challenge of all: visualising the entire history of the universe that showcased the big bang and the actions of the individual particles that would eventually bring about life itself.

xR and augmented reality (AR) technology offered the perfect method to achieve this, allowing host Lee Ji-Ah to present whilst being immersed in the universe itself. Filming on BasicTech’s xR stage in Paju, she would be able to interact with her surroundings and deliver a natural performance. 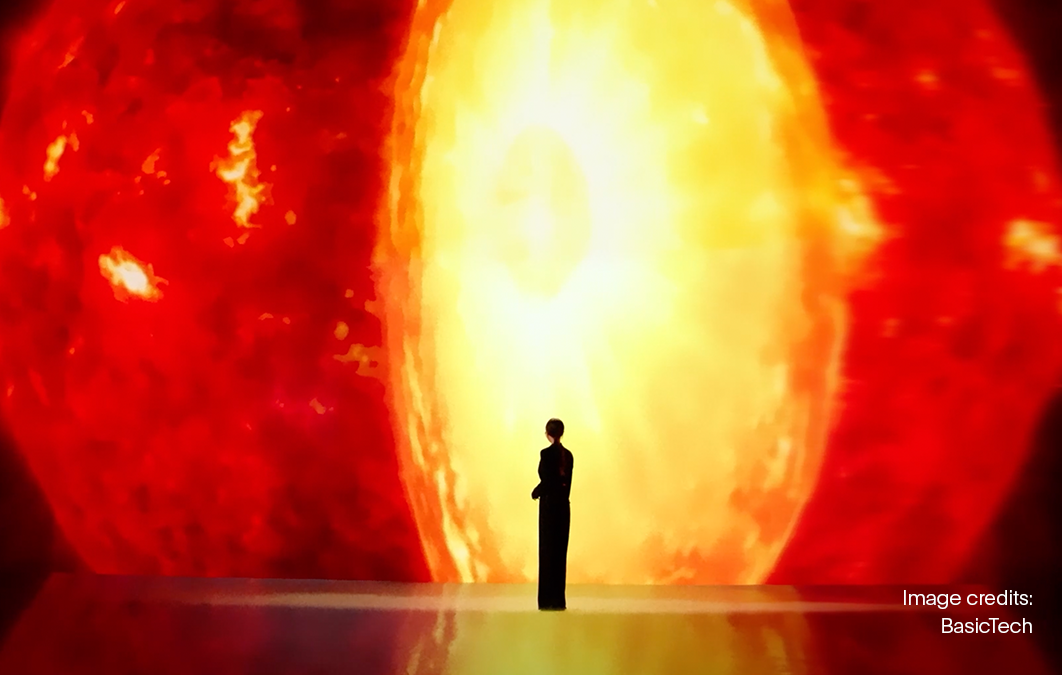 The first episode of ‘The Home’ captured the sheer magnitude of the big bang, and the remarkable events that created our universe.

The camera offered a number of dynamic shots of the host, placing her in the middle distance so that a galaxy towered over her. This was achieved through disguise’s virtual zoom software feature, which offers productions the ability to shoot as though they were in much larger studio spaces. The effect comes together with so many other simple touches to create a final product that fits the high standards of Korea’s leading educational broadcaster.

disguise’s system allowed us to sufficiently simulate the workflows before filming, so we knew what to expect on the day. If we needed to change anything we had the ability for real-time response with fast results.” 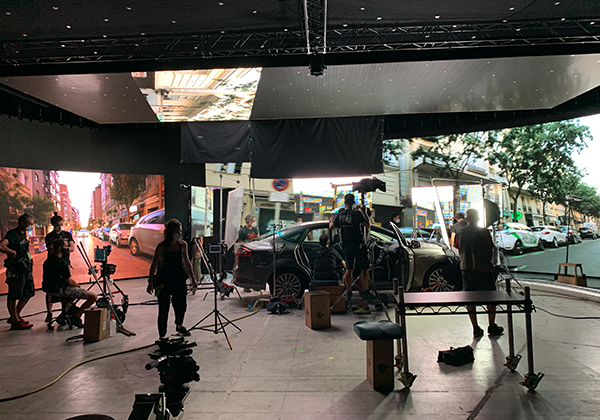