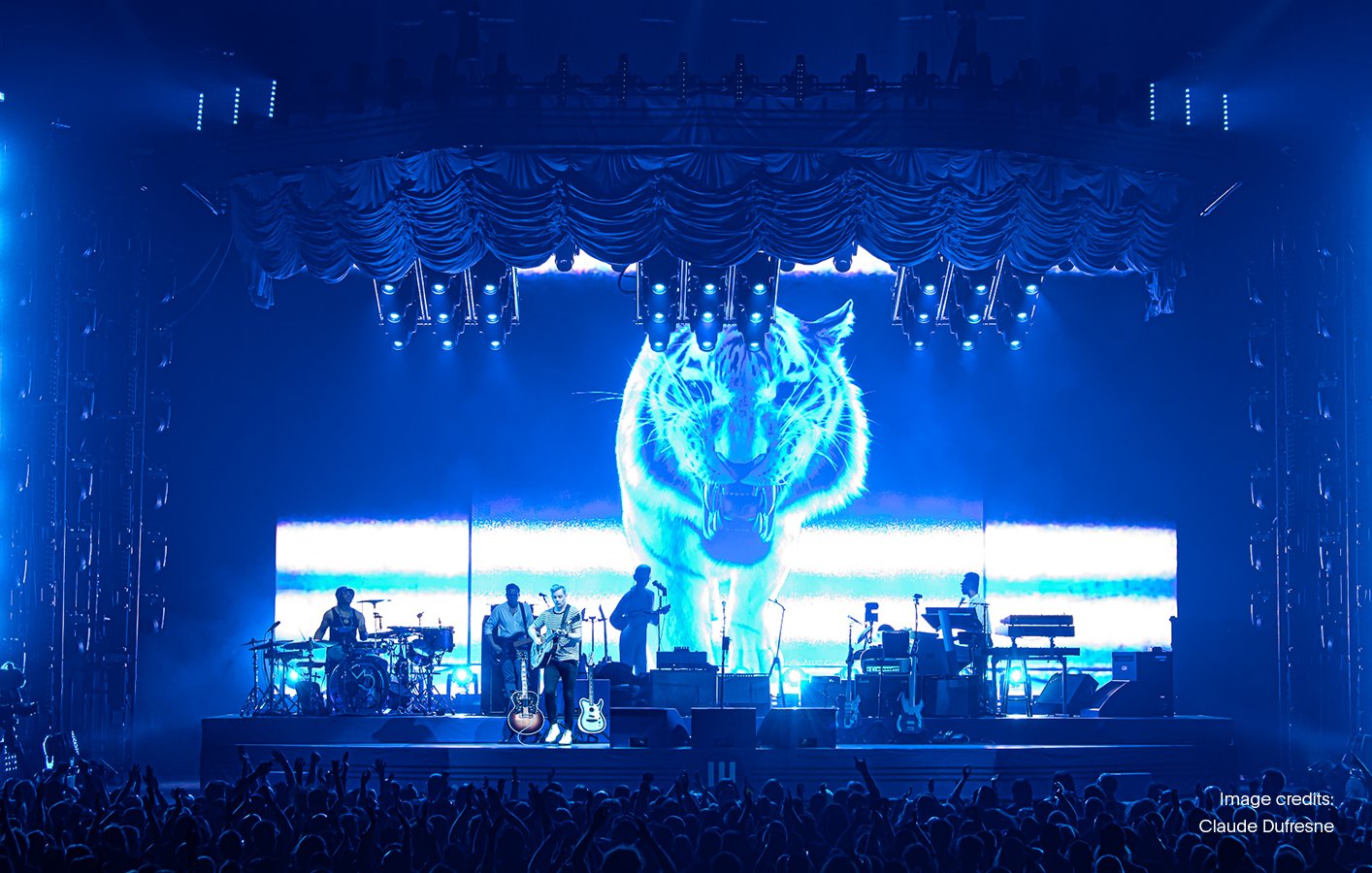 According to Larivée, the primary challenge was to follow a completely improvised set list without being burdened by pre-rendered clips. Modular visuals had to be programmed which could then be adjusted live to accompany songs of any tempo. Real-time rendering was thus essential to achieve the vision for the show. 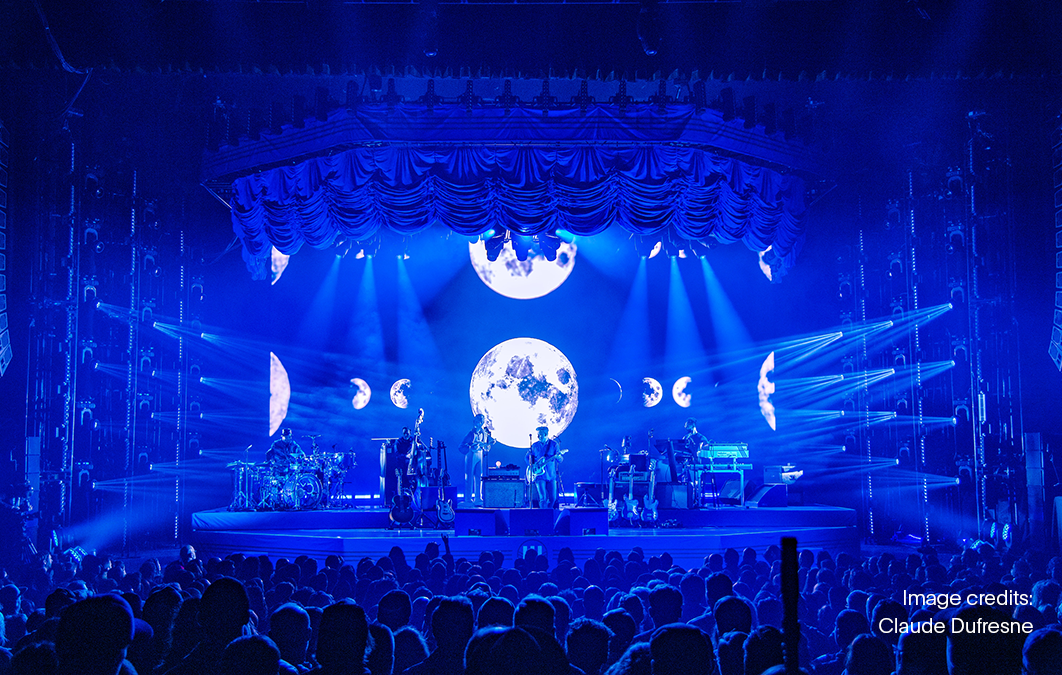 Lüz used disguise’s Sockpuppet feature to control Notch blocks from the grandMA2 console. Since the video operator for the tour is mainly a lighting board op, it made sense to give him the tool he knew most, explains Larivée. In fact, the grandMA offered great advantages when programming the show since it used presets that can be modified quickly and has an effects engine for animating parameters. While virtual lights were extremely easy to control with a lighting board, the disguise media server was required to take in all of the information – acting as a bridge from the grandMA2 to Notch.

disguise’s integration of DMX input was especially valuable, enabling the creative team to add expressions to the exposed Notch parameters. The ability to bring the opacity of a Notch block or video layer all the way down and deactivate that layer meant that only the needed Notch blocks were processed at any given time. Nothing was programmed in disguise except exposed parameters and the video mapping.

We truly pushed the limits on this one. The gx 2c server was working really hard, rendering real-time ray traced scenes along with virtual volumetric lighting.” 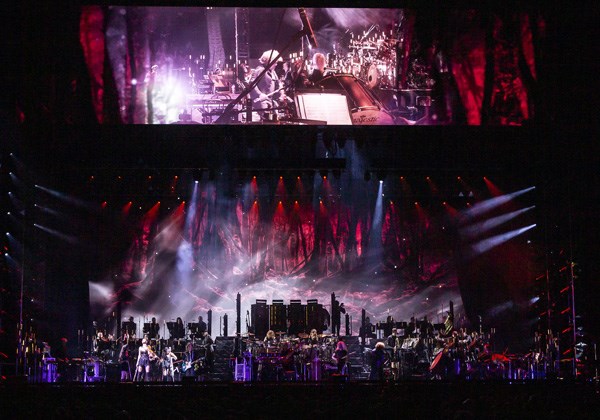 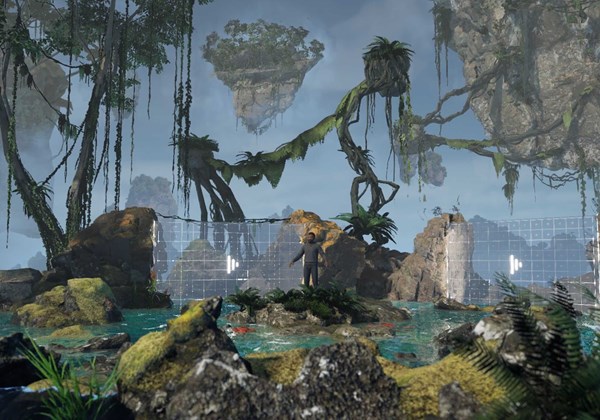